Have you ever wondered why valves are considered by many to be better for reproducing music and presenting it in a truly “High End” manner?  The reasons are probably as numerous as the number of valve/tube amps on the market and we wouldn’t pretend for a second that every valve amp is good.  Nor would we say that all solid state amps are bad, but overall, a good “Hot Bottle” will, for us, beat a “Silicon Sliver” every time.  Many have argued that it is the fact that valve distortion tends to be “Even ordered” and therefore is in tune with the primary sound. This means that the low level harmonic distortion all amps produce is, in valve amps, 2nd and 4th harmonies, which are indeed harmonic, whereas in solid state amps, they tend to be odd values such as 3rd and 5th, which are out of tune with the original sound.  Whereas this is demonstrably and measurably true, can 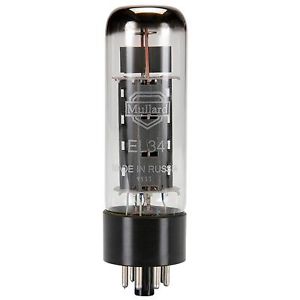 it be the whole answer?  When you look at the infinitesimally low distortion figures on many Solid State Amps, one would think that that should be pretty negligible.

We think it is a combination of many things, including of course, the large voltage envelope available to a well designed valve amp, allowing great scope for the speaker cones to be moved accurately.  Contrary to the opinions of some, valves don’t sound “warmer”, they are as detailed as any solid state device.  What they have is the ability to produce all the timbre and tonality of the original music.  If there is warmth in the original sound, such as a cello or viola, then it is there but give them blasting and dynamic brass and they can shake it up with the best.  Then there is the transformer matching, most valve amps use transformers to connect the output to the speakers, if these transformers are well designed, it means that the drive can be almost effortless, straining none of the components in the system.

Indeed, much of the extra circuitry on transistor amps is there simply to cope with the inherent problems of the devices and it is this very complexity which robs their musical reproduction of life. Also, there’s the question of linearity, how accurately the device passes the signal through itself while adding gain.  All materials in the signal path alter the sound in some way and we would have to admit that all valves have their own characteristics, but they are inherently more accurate than silicon semi-conductors, as all the electrons have to pass through is a vacuum, which by its nature would not effect the signal. Whereas transistors, op amps etc. will always have a hysteresis curve, which will effect the sound.  To put it simply, you have the valve, where the signal passes through vacuum, inside a glass envelope which is probably made of sand, or you have the transistor where the signal is effectively passing through the sand itself.  Instinctively the valve approach seems more sensible.

Of course, valves do go off and burn out over time, normally not for many years and our self biasing systems keep them at optimum performance throughout their life.  However, when this occurs, the sound is easily re-established by re-valving, which means you effectively get the sound of a new amplifier for a very small percentage of the original cost.

Possibly the most important thing with valve amps is their sheer simplicity, because every component in the way of the music, degrades the signal.  With a well designed valve system, there is much less to get in the way of the music.  If you couple that to exemplary manufacturing quality, as with Art Audio equipment, you have a winning combination, but don’t just take our word for it, contact us and arrange to hear Art Audio for yourself.